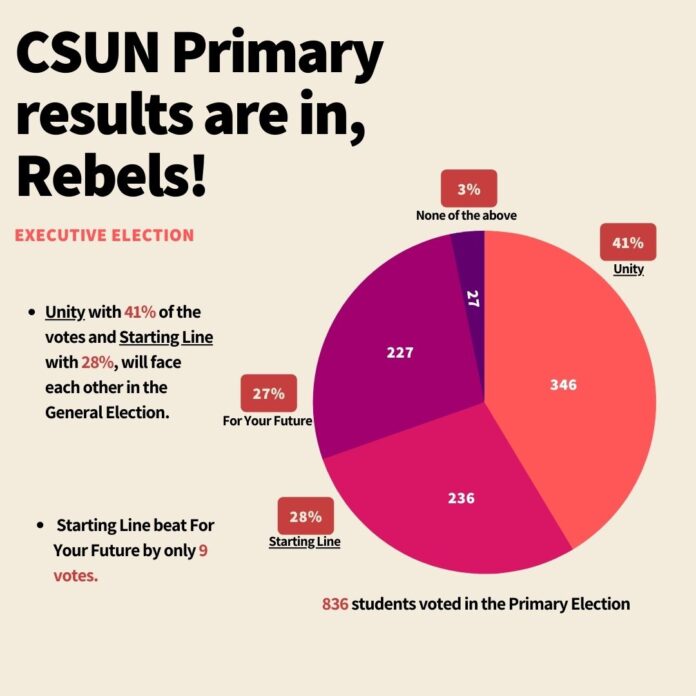 The general electron is moving forward without two tickets that were running for CSUN’s executive board.

CSUN announced on March 10 that Unity and the Starting Line ticket are both advancing. The For Your Future ticket did not receive enough votes, while the Forward ticket dropped out of the running days before the primary.

Unity was able to secure a strong lead over Starting Line by getting 41% of the votes. Starting Line received 28% of all votes. This is a difference of 100+ votes, and every vote counts when only 836 undergraduate students voted representing nearly 30,000 UNLV undergraduates.

Especially considering that 27 voters chose the “none of the above” option.

For Your Future was only 10 votes away from making it into the general election over the Starting Line ticket.

YapLugo won 57% of 1,124 votes in the general election. That was a lead of nearly 200 votes over their competitors.

These endorsements could be crucial in this general election, if For Your Future endorses Starting Line, Unity could be on the opposite side of the lead.

Don’t forget to vote again on April 13 and 14, stay tuned for more coverage.