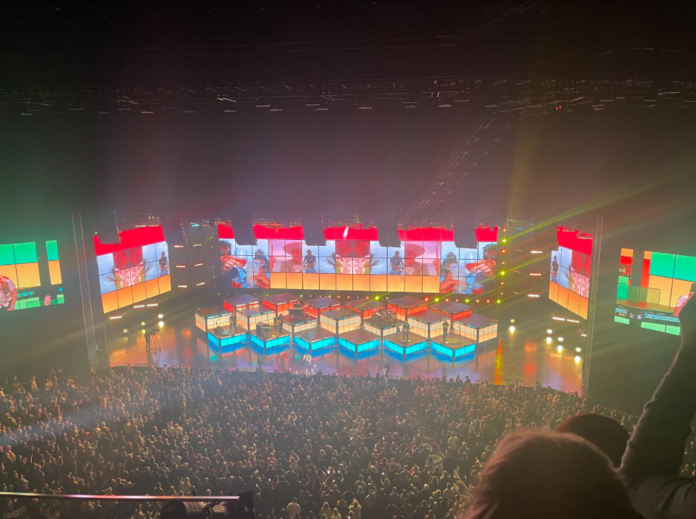 June 2021 was a big month for the Las Vegas Strip as it welcomed the new hotel and casino Resorts World. Being its first year operating many did not expect to have so many residencies for entertainment. From Katy Perry to Carrie Underwood, many have flocked to the dos of Resorts World for the shows.

This past weekend wrapped up one of the biggest names in country music Resorts World was able to bring, Luke Bryan.

The Luke Bryan Vegas residency ran from Feb. 11-26 for the first leg of his tour. He will be returning to Las Vegas at Resorts World from June 15-Sept. 4 of this year.

The “Crash My Party” singer has been making the top of the country charts since 2007 with his debut song “All My Friends Say.” Most of Bryan’s content sticks to traditional country music themes of love of country, love for one another, and love for a good time.

Bryan set himself apart from others for this show from many other Vegas residencies with how interactive he was with the audience. From passing out beer cans to audience members during “That’s My Kinda Night” to walking on a bridge above the audience during “Don’t Want This Night to End” as the show concluded.

Audience members really got a personalized experience with Bryan slower to show down for a few to sit at the piano and give homage to many of his fellow artists. For his last weekend show some of the artists Bryan showcased were Lionel Richie, Ed Sheehan, Brooks n Dunn, and many other popular names.

Country music is something Las Vegas is starting to see more of a representation of with a growth in more artists making Vegas a stop on tours and residencies. Many can expect even more country music in Las Vegas when the Academy of Country Music Awards roll into town this March.
For those who missed Bryan’s show this time around, tickets are now available for his upcoming summer shows at Resorts World. For upcoming show information make sure and follow both Luke Bryan and Resorts World on Instagram.

The Power of Comics

Looking Ahead to the Films of the Summer

Lady Gaga, BTS, and more to Headline on the Strip