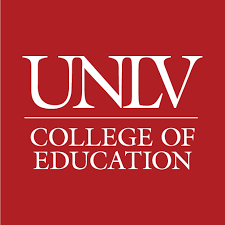 UNLV is continuing to expand its Paraprofessional Pathways Project (PPP), which fastracks the path for paraprofessionals in the school district to a teaching license.

The PPP speeds up the curriculum for qualifying students who seek careers in education so that they can complete their degree and qualify for a teaching license in about a year. This is done through condensed classes, where some last only four weeks. These classes also have a variety of options so that the paraprofessional students’ work in schools.

To qualify, students need to have an Associate’s Degree or 60 credits of general education courses. They also need to be employed as a paraprofessional or school support professional in a Clark County School District (CCSD) or Nevada charter school.

According to Danica Hays, Dean of UNLV’s College of Education, PPP began with the passing of SB352 in the Nevada legislature, which allowed for paraprofessionals to use their work experience in education to also fulfill student teaching requirements for their degrees.

“It just became logistically, how do we make this work for people that can’t afford to stop working while they’re in school?” Hays said.

According to Hays, the program was initially funded through an investment from UNLV President Keith Whitfield. This funding was just enough to sponsor the program’s first cohort, which is made of just 36 students.

“It allows these folks to become enrolled in a program and in the course of one year,” Hays said. “They move from paraprofessional to being able to be licensed as a teacher in Nevada. And as part of being selected for that program, they are typically fully funded.”

The first cohort of 36 students began instruction in July of 2021. This initial group is now set to graduate in May and fully complete the program in June. According to Hays, they’ll be ‘licensed and eligible for the district, in August.

After the first cohort of paraprofessional students, the CCSD took notice, and offered to help with the program, according to Hays. Combining funds that were left over from the first group of students with the aid from the CCSD allowed for PPP’s second cohort of 68 students to begin instruction in January 2022. This second cohort is set to finish in December, and be eligible to teach in January 2023.

After the funding from CCSD, the PPP also received funding from an anonymous private donor, who donated through the organization, Teach For America. This donation, according to Hays, will help fund the program for up to the next five years.

Recently, the program received additional funding from a two year planning grant from a private foundation, according to Hays. The additional funding allows the PPP to plan on expanding the tracks to also include secondary education, which instructs grade six through to high school.

Hays also mentioned that the PPP program is also working to expand opportunities for students who already have bachelor’s degrees in other majors to gain teaching licenses. This will be through the Accelerated Alternative Paths to Licensure (AARL) program, which allows for students with bachelor’s degrees to take an accelerated path similar to PPP to qualify for a teaching license in about a year.

According to Hays, the first cohort of AARL students is set to begin in the coming fall semester.

Hays noted that currently the program only generates up to 100 graduates per cohort, which is significantly smaller than the number of vacancies, which multiple sources pointed to over 1200 vacancies in CCSD as of February. However, the expansion of PPP and programs like it gives her hope in fighting the shortage.

“I think there’s great potential to expand ‘grow your own’ programs like the PPP, and start to fill that gap,” Hays said, “I think if the funding is there, we can really scale this up a lot.”