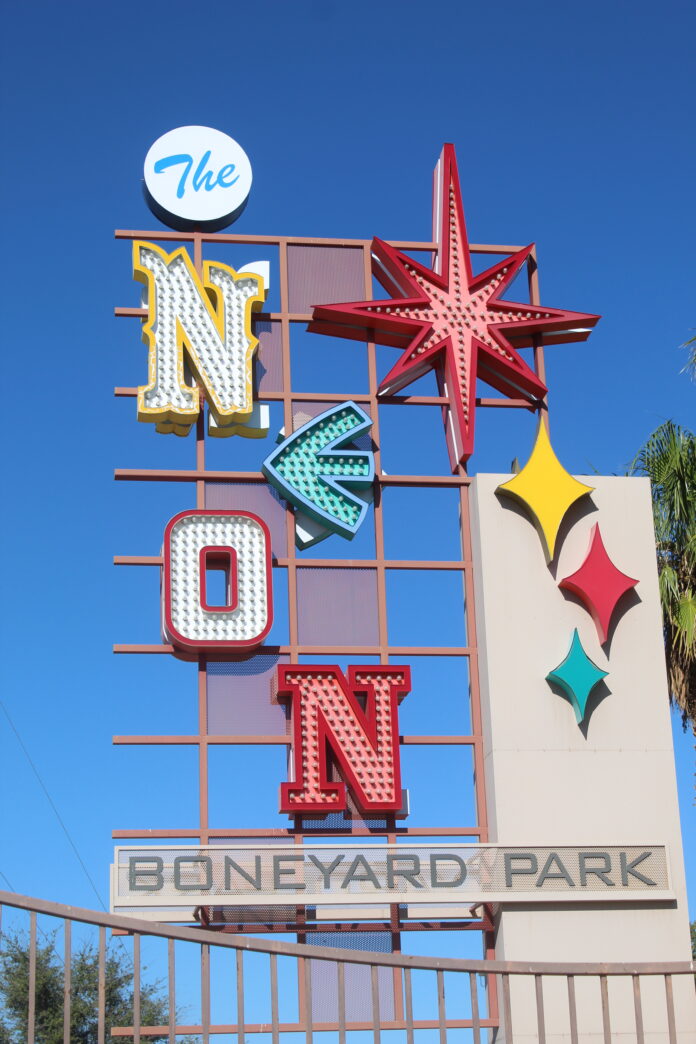 History might not sound too appealing after a long week of school, but Las Vegas has a way of infusing excitement into every subject. Head over to Fremont Street in downtown Las Vegas for a day and check out these historical museums.

Just over a century ago, Las Vegas was founded as a small Old West-style town predominantly populated by railroad workers along the main rail network that connected the East and West Coasts. The entertainment industry and casinos quickly took off and thrived as a form of leisure for the railroad workers. The early venues and casinos opened up on Fremont Street, adorned with flashing, glittery signs.

When gambling was outlawed in 1910, it continued in illegal speakeasies and casinos, drawing organized crime to the city.

Located right across from Fremont Street, The Mob Museum boasts a “provocative, contemporary look at” the history of organized crime in Las Vegas and across America. The museum illustrates the stories of infamous mob leaders ”Bugsy” Siegel and ”Lucky” Luciano, who played a pivotal role in transforming the entertainment industry landscape in downtown Las Vegas.

In addition to the typical museum experience, The Mob Museum offers three interactive experiences to explore history in a hands-on way: Distillery Tour & Tasting, Crime Lab and Firearm Training Simulator. While these experiences are not included in the initial museum entry fee, you definitely do not want to miss out on doing at least one of these.

If you are 21 years old or over, the Distillery Tour & Tasting is a journey through the Prohibition Era that is sure to tickle the taste buds. Sip a variety of homemade moonshines and spirits produced right in the museum. The Cinn-City moonshine, infused with cinnamon and cardamom, packs a strong punch.

The museum also houses an authentic, Prohibition-style Speakeasy as part of a living exhibition. Take a step inside and travel back in time to the Roaring ‘20s. The club offers free live music entertainment and other curated events and serves Prohibition-era cocktails, such as “Giggle Water,” “Bathtub Fizz” and Al Capone’s favorite drink, “Southside.” The walls are adorned with genuine flapper dresses, making it a historical exhibition hall as well.

The Speakeasy is located in the basement of The Mob Museum, but you do not need a museum ticket to enter.

Once you are all caught up on the birth of the Strip industry, you can head on over to the Neon Museum, just a three-minute drive away from The Mob Museum to take a stroll through a labyrinth of Vegas’ historic neon signs.

When hotels and casinos in Las Vegas close down, their signs find a new home in the Neon Museum. This trove of monumental signs tells Las Vegas’s cultural history in an artistic fashion. There are over 200 signs in their three exhibitions across 2.25 acres: the North Gallery, the Neon Boneyard and the Visitors’ Center.

If you stop by at night, you can see a handful of these signs fully restored to their former glittering glory. It costs tens to hundreds of thousands of dollars to restore a sign and a whole lot of electrical power to run it, so most of the signs remain in the dark. However, they are certainly not lackluster in this spectacular collection.

The Brilliant! Show is an immersive audiovisual experience that brings 40 unrestored signs back to life in the North Gallery. These signs are reanimated in what the museum describes as “the largest augmented reality experience of its kind.”

Look out for the 82-foot tall guitar-shaped sign from the Hard Rock Cafe in Las Vegas that closed down in February 2020.