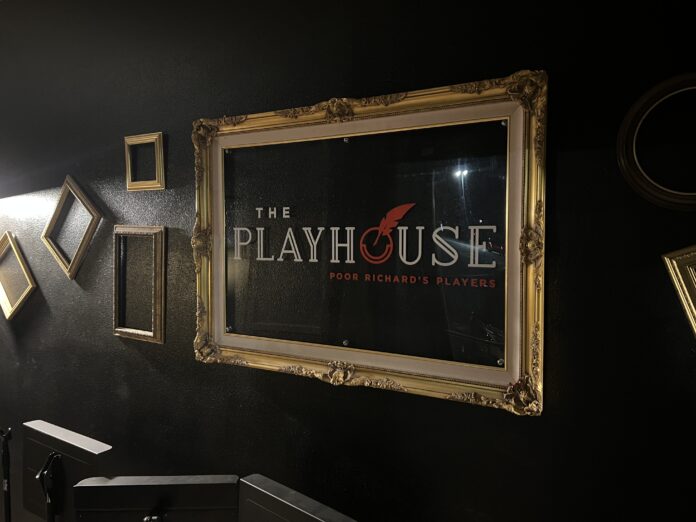 The ghost light remains a long-standing theatrical tradition. The ritual consists of setting a floor lamp with a lone bulb in the center of the stage at the end of the night. Some say its purpose is merely safety, while superstition alleges that it will either entertain or fend off spirits that haunt the space.

Nevertheless, the light temporarily guards the room until the next day when rehearsals or shows resume. The COVID-19 pandemic caused many ghost lights to stand their post for an extended period, according to reporting from the Las Vegas Review-Journal.

The Playhouse, winner of Las Vegas Weekly’s best new venue award, switched off its light and welcomed back the public after the pandemic-induced shutdown sooner than most other theaters. However, city officials have seemingly forgotten a handshake agreement on acceptable building code standards, forcing the theater to illuminate their ghost light once again, with no end in sight.

Through the launch of a new capital fundraising campaign, Benjamin Loewy, artistic director of the Playhouse, and his staff look to the community they spent years entertaining for help. If they cannot succeed in the coming months, they will lose their space for good and leave a lasting void on the Vegas local arts scene.

“We put so much time and energy over the last decade plus into doing what we love, but not for the sake of our love for it, but doing it to serve our community,” Loewy said. “We need our community to help us to help them.”

The Playhouse Las Vegas arose from the community. Loewy met the other two founders of the theater at a Las Vegas Shakespeare company audition. After years of doing shows around Vegas, the three friends desired more from the local arts scene and decided to form their own company. They called themselves the Poor Richard’s Players.

The group ran their company as a vagabond production. They did shows anywhere around the city that would have them, first planting roots for an extended time at the now defunct Onyx Center, a shared theatrical space.

“After the Onyx closed there was this dearth, there was this void that needed filling,” Loewy said. “We saved up our pennies over a decade of producing theater anywhere and everywhere.”

In December of 2018, Loewy and company cemented their permanent home with the signing of a lease at the Playhouse, according to Las Vegas Weekly. Their dreams came true, but the harsh realities of running a business came along for the ride.

“We’re artists first and foremost, and we wanted to create art and perform for people,” said Maxim Lardent, co-founder and executive director of the Playhouse. “Being able to blend the business side with our desire has been a challenging experience.”

Las Vegas business license codes are broad. The license to operate a theater needs to apply to a wide range of businesses that would qualify as such. The requirements for those buildings are based on total square footage.

However, it does not consider how much of that space is public facing. Due to the wide scope of requirements, the Playhouse found themselves being held to the same obligations of 1,000-plus seat theaters.

After numerous meetings and negotiations with city officials, the two sides reached a tentative agreement to tailor accommodations based on the unique needs of the theater. The Playhouse operated within a grace period while waiting to make the necessary renovations. The theater was on their way to generate the capital needed for repairs, then the pandemic hit.

“All the money we had in our coffers went to paying the rent,” Loewy said. “The bills don’t stop just because there is a worldwide pandemic.”

As the pandemic drug on, the financial resources of the theater ran dry. The Playhouse had to start over from scratch when they reopened. They knew that the building issues still needed attention but did not foresee the requirements being enforced so quickly after the shutdown ended.

This time the enforcement and scope changed. The requirements exceed the preliminary agreement, and reverted back to original building code stipulations. This forced the space to close until all obligations are met. The Playhouse staff have resigned themselves to completing the monumental task before them.

“The unfortunate reality is that we cannot be open until those things are done,” Lowey said. “We need to raise $25,000 to get renovations done and produce the first shows out the gate.”

The capital campaign has raised $15,000 thus far, the majority of which came from a few private donations in the thousands and a slew of smaller $50 to $100 donations from individual contributors. To make up the rest and chip away at their dream goal of $100,000, the Playhouse needs the attention of local corporations.

The theater is offering advertising rights, sponsorship programs and title sponsorships to attract businesses. The Playhouse operates as a 501(c)(3) charitable organization, which makes all donations tax deductible. So far, they have had little success.

“This has been such a slog,” Lowey said. “The majority of places are previously committed to another charity or not interested.”

A disconnect on the perception of theater creates difficulty attracting attention to the Playhouse’s plight. Lardent defines the difference between local theater and what is found on the strip as culture versus entertainment.

“In Las Vegas, the entertainment portion shines way brighter than the culture portion,” Lardent said. “It’s tough when local theaters don’t have the backing to shine bright enough to take eyes off the strip.”

Poor Richard’s Players have no desire to cut their losses and move on.

“We’ve put so much effort into this space,” Lardent said. “People who walk in are amazed when they see what we’ve done with it. It has a lived-in feeling now. You don’t want to give up your first home.”

Despite the desire to stay put, if the Playhouse cannot raise enough money to complete the necessary renovations by the new year, they may be out of time.

“I imagine our landlord’s good graces will end at some point,” Loewy said. “All of our rent and CAM fees are currently being deferred, but we will be on the hook for that money whenever we can reopen.”

Loewy and company’s goal has never been about money or success. For the company, it has always been about creating a space where the community can gather, express, and enjoy themselves.

The reach of the Playhouse extends to the UNLV campus. The theater department has one of the largest acting pools that local theater pulls from. Without the Playhouse, there would be one less space for developing actors to practice their craft. The Playhouse has worked with UNLV in the past and would be interested in finding a way to partner with the university again in the future.

The Playhouse has a mission to always try to further and benefit their community in everything they do. If the theater can open their doors once again, they aim to take their place at the center of the local arts scene once again.

“We want to become an incubator for original works in Vegas,” Lardent said. “We will be open to any artists that have stuff. We would love to work on any original pieces with them. We think it will help build a stronger interest in local theater.”

This article was submitted by a UNLV journalism student as part of an assignment for a journalism class to get work published in the student newspaper. The article was edited by The Scarlet & Gray staff.