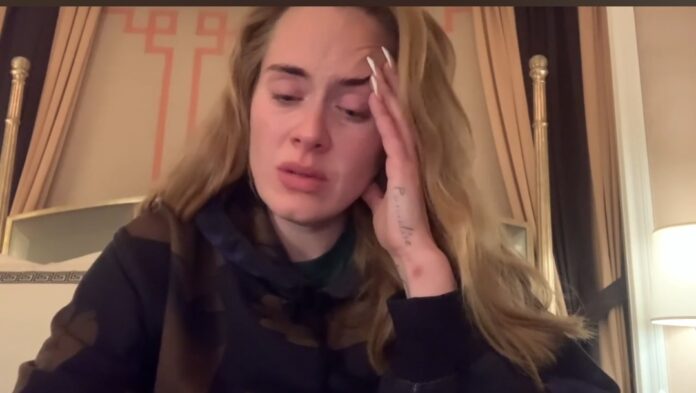 A teary-eyed Adele took to Instagram on Jan. 20 to tell her 49 million followers that she had to make the hard decision to postpone her residency at Caesars Palace in Las Vegas.

In the video, she made promises to reschedule all of the dates, although at this time, she is not sure exactly when that will be.

Adele’s announcement came less than 24 hours before the opening night of the show, which the singer claimed was due to delivery delays and half of her team being out with COVID-19. Adele and her team had been awake for over thirty hours trying to figure out how to get the show on its legs.

“We’ve tried absolutely everything that we can to put [the show] together in time and for it to be good enough for you… it’s been impossible to finish the show.”

It had been previously announced that Adele’s show would be requiring concert-goers to be both fully vaccinated and have a negative test result within 72 hours of the concert. This was a first, as most places and shows have only required one or the other.

Nevada’s mask mandate states that if an event space holds more than 3,000 people, events held there can decide independently to require everyone to be vaccinated, but remain maskless.

Not all events that fit that criteria have decided to do so, but some, such as Allegiant Stadium, have. All Raiders home game attendees over the age of 12 must show proof of vaccination to enter, and are not required to wear face masks during the event.

On UNLV campus, this stipulation only applies to Thomas & Mack, as it is the only event space that can fit more than 3,000 people.

Dr. Brian Labus, an assistant professor in the department of Epidemiology and Biostatistics in the UNLV School of Public Health, states that this is a good thing. Requiring both vaccinations and negative tests will help provide a safer concert experience for all involved. Reducing the risk of exposure as much as possible is the end goal, even if that means more safety protocols.

Labus has been involved with the UNLV COVID-19 response since the beginning of the pandemic. His advice to anyone with concerns about exposure in both work and academic environments is to get vaccinated and boosted if you are able, and to keep up with mask mandates and protocols.

“If half of the employees are sick, you can’t operate as normal,” Labus said in an interview about Adele, “That’s something that’s true if it’s a concert or a bank.”

People flying in from across the world have been left wondering about the refund policy, both for the event and for the travel industry. Lilly Williams, a woman in Kansas City, Missouri, had been planning her trip to Las Vegas since early December, spending nearly $2,000 between tickets, hotels, and airfare, according to KSHB in Kansas City.

As of the printing of this issue, there is no update as to when the shows are being rescheduled to and if there are any plans to issue ticket refunds for those who are unable to attend rescheduled dates.