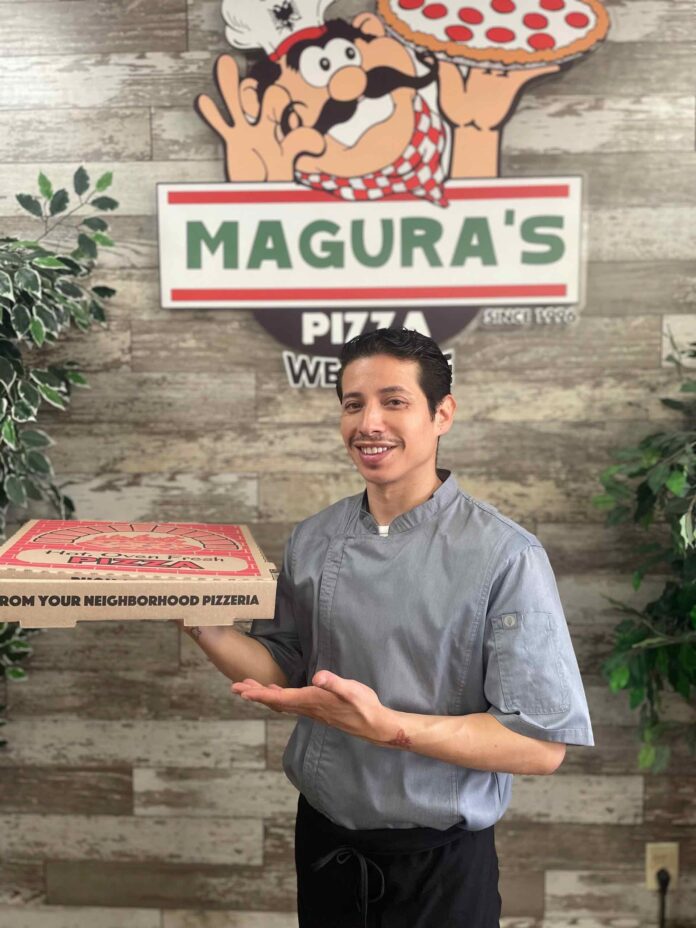 Growing up, Israel “Izzy” Trujillo rarely felt safe. His immigrant family lived in poverty and Izzy remembers his parents taking him and his siblings to the beach in San Diego, California, to collect aluminum cans to supplement the family’s income. Izzy swore he would work hard and persevere to never have to go through that experience again because, as he puts it: “as human beings, we deserve better.”

Born in Cuernavaca, Mexico, Izzy was brought to the United States when he was just 9 months old. His single mom settled in San Diego, California and met Izzy’s stepfather.

Eventually, Izzy’s family moved to Los Angeles where he attended Bell High School. While in Los Angeles, Izzy began working jobs as a handyman for cash since he was undocumented. During this time, Izzy’s stepfather was deported to Mexico, leaving Izzy’s mother and his siblings to fend for themselves. Life became a struggle for Izzy’s family, and they became homeless, living in cheap motel rooms day to day, while trying to stay afloat.

It was during this time that Izzy was hired to perform chores at the home of José Delgado and his wife Diane Rodriguez, a prominent couple in the Los Angeles Latino entertainment industry. The couple developed a strong familial bond with the young, hardworking and resourceful young man. Izzy, in turn saw José and Diane as an inspiration as Latinos who had accomplished a great deal in a difficult industry. The couple, in turn, saw a spark in Izzy and wanted to help him attain his dreams. It took two years, but the couple eventually applied for and secured Izzy’s Dream Act status making it possible for him to apply for and secure a regular job. Their familial bond grew stronger each day.

Meanwhile, in 2016, Izzy’s sister Brenda was diagnosed with a cancerous tumor on her spine, which left her immobile. Izzy and his family’s struggle for survival became even more difficult. “I had no words to describe that moment,” says Izzy. His mother sank into a deep depression, leaving Izzy as the oldest, to support and care for his siblings. Throughout this ordeal, Izzy’s romantic partner Gerardo, now his husband, provided Izzy with the support he very much needed. The two met in 2013 at a Culver City train station and felt a mutual attraction. However, they were both going through struggles in their lives and decided to separate. After two years, they reunited have been inseparable ever since. The couple wed in a Las Vegas ceremony in 2019.

In 2017, Izzy’s sister Brenda passed away and Izzy decided to move to Las Vegas and strike out on his own. By this time, Izzy’s mentor José Delgado had acquired Magura’s Pizza in Las Vegas. José’ and Diane’s affection had grown, and José offered to adopt Izzy as his son and help him achieve his dreams. Loss and grief struck again 2020 when José’s wife Diane lost her battle with cancer. The two men found themselves grieving another tragedy.

José offered Izzy a job at Magura’s Pizza where Izzy’s excellent work ethic and knack for learning business and cooking is paying off. Izzy has not only learned how to run a business but also cooking. Mentored by his chef husband, Izzy has mastered the art of cooking pizzas and the other offerings at Magura’s, including lasagna, chicken wings, cheesesteak sandwiches, pasta and other dishes.

Today, Izzy is Assistant Manager at Magura’s Pizza Restaurant, located at 3242 E. Desert Inn Road in Las Vegas, Nevada. From an early age, this Mexican American Dreamer has worked to become an entrepreneur and, although he has faced hardship and struggles, he is finally on his way.

Izzy is not only an excellent cook and manager but also a cheerful and confident assistant manager at Magura’s, overseeing a diverse staff from all over the world. Each one creating special pizza recipes that reflect their cultural heritage. Izzy greets each customer with a smile and a positive attitude, ensuring every client receives excellent food and customer service.

Magura’s Pizza offers 10% off to UNLV students on all pick up purchases. Must show UNLV ID. Pick up orders ONLY.