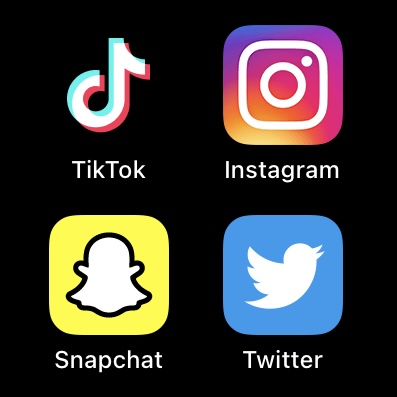 Social media, in recent years, has proved its ability to not only bring generations together, but also drive them apart. One of the main reasons why this happens is through the usage of different media platforms utilized by various age groups.

Approximately 70 percent of adults in the United States use Facebook, while the number of teens on the app has dropped to 51 percent since 2015. Similar fluctuations with certain age groups have emerged across many other platforms as well, most notably on Instagram, a company that was purchased by Facebook in 2012.

In a combination of surveys done over Twitter, Instagram and Facebook, involving 200 young adults and teens, over 40 percent cited Instagram as their favorite social media platform, while only 15 percent of older participants said the same. Young adults were also far more likely to claim TikTok, Twitter and YouTube as their favorite platforms.

Upon looking at older participants in the survey, not only did most of them respond to the survey through Facebook, but over 80 percent said Facebook was their favorite platform. Not one of the younger participants said the same.

It is interesting to consider what has caused this generational gap to expand and how  numerous platforms cater to different demographics, almost by nature. The clearest pattern among these is the way different generations use media for both social interaction and general content consumption. It appears that while younger generations use different media platforms for various purposes, many older generations have streamlined all of these interactions to Facebook.

UNLV student Scott Creamer said, “Tiktok is my favorite platform because it is fun to scroll without having to follow a bunch of people and it’s nice that it randomizes based on your interests.” Similar sentiments were expressed by all other young participants who cited TikTok or YouTube as their favorite.

While entertainment and education were the primary focuses of those who preferred video platforms, many leaned towards Instagram, Facebook and Twitter. Those who preferred these sites explained that they enjoy using these platforms to keep in touch with friends and family.

As social media has evolved over recent years, different platforms have found that certain age groups use their platforms for specific services that appeal to them. Thus, there has been a pattern of apps working to provide a variety of content, such as Reels on Instagram or the Spotlight on Snapchat. The generational gaps in media platforms have persisted and created different perceptions many of us hold about the content on each one.

These generational divides seem to be one of the largest predictors of the variety of content types prevalent on each platform and to what age groups will steer towards them. It will be interesting to see if these divides continue to grow or shrink as platforms are acquired by one another and offer a wider variety of services.